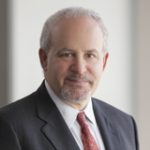 Carl Valenstein is a partner at Morgan Lewis & Bockius LLP and recently relocated to the Boston office. His practice focuses on domestic and international corporate and securities matters, mergers and acquisitions, project development, and asset finance covering a wide range of industries and regions, including developed and emerging markets (Latin America and Africa).

For more than 20 years, Professor Valenstein has provided legal assistance to microfinance institutions and assisted public charities, foundations, social enterprises and entrepreneurs, impact investment venture capital funds, and other impact investors. He founded and co-chairs the Morgan Lewis Impact Investment Initiative, which is a cross-office and interdisciplinary group of Morgan Lewis lawyers engaged in impact investment work. For the past eight years, Professor Valenstein has been an adjunct professor in the University of Michigan Law School’s International Transactions Clinic (ITC), where he focuses on impact investment. In 2016, he began teaching in New York University Law School’s newly formed ITC. In conjunction with Michigan Law’s ITC, he represented Habitat for Humanity International in establishing MicroBuild, a $50 million dollar fund that expands housing microfinance lending and helps thousands of low-income families globally. The fund has now been expanded to $100 million dollars and has received the Overseas Private Investment Corporation’s 2016 Access to Finance Award.

He also counsels clients concerning international risk management issues and has been involved in internal investigations and enforcement cases in this area. Professor Valenstein is fluent in Spanish and Portuguese, and conversant in French and Italian. He is the co-chair of the international section of the Boston Bar Association. Prior to joining Morgan Lewis, he was a partner in the corporate practice of another international law firm, where he was also co-managing partner of the firm’s Washington, D.C., office, as well as co-chair of the firm’s life sciences practice.

He received a BA degree from Yale University and JD from the University of Michigan Law School.

Fundraising and Fund Structures: How Habitat for Humanity Considers Venture Capital Tools to Pursue its Charitable Missi…
by: Carl A. Valenstein
The impact investing industry seeks to create a positive impact beyond financial returns. Nonprofits like Habitat for Humanity (Habitat), an organization involved in return-seeking investments alongside its charitable donation-based operations,…
Publication Date: 08/11/2021 Product ID: 7-735-415
$3.95
Add to Cart