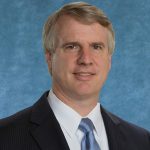 Paul Clyde is President of the William Davidson Institute at the University of Michigan, the Tom Lantos Professor of Business Administration, the Movses and Maija Kaldjian Collegiate Lecturer in Business Economics and Public Policy at the Ross School of Business. From 2004-2013 he served as the Academic Director of the Part-time Program at the Ross School of Business where he led the development of the Weekend MBA Program which admitted its first students in 2010.

Paul’s recent work in emerging markets has focused on health care delivery to the poor in emerging markets. Over the past fifteen years he has advised or run 70 health-care projects in twelve different low or middle-income countries. He has worked with faculty from the Medical School, Nursing School and Law School in developing a financially self-sustainable health care business model that serves the poor. He has also worked on collaborations with numerous institutions on the development of business education programs in Russia, Ukraine and Kazakhstan and projects with state-owned and private firms in India, Singapore and Romania.

Paul has worked with corporations ranging in size from small biotech startups to large corporations such as Johnson & Johnson, Novo Nordisk and DTE Energy. The projects have included supply chain management, market entry strategies and business plans, and have involved work in over twenty countries.

Prior to joining the University, Paul was an economist at the Antitrust Division of the U.S. Department of Justice and a consultant with National Economic Research Associates. While at the Antitrust Division, he advised the governments of many transition economies on their competition laws and natural monopoly laws. In 1993, he lived in Slovakia and served as an economic adviser to the governments of the Czech Republic and Slovakia on competition policy. He has been recognized as Teacher of the Year and has been awarded the Andy Andrews Distinguished Service Award. He has published articles in a number of journals including The Journal of Finance, Managerial and Decision Economics and Economic Inquiry. He received his Ph.D. in Economics from UCLA and his B.S. in Business from Indiana University.